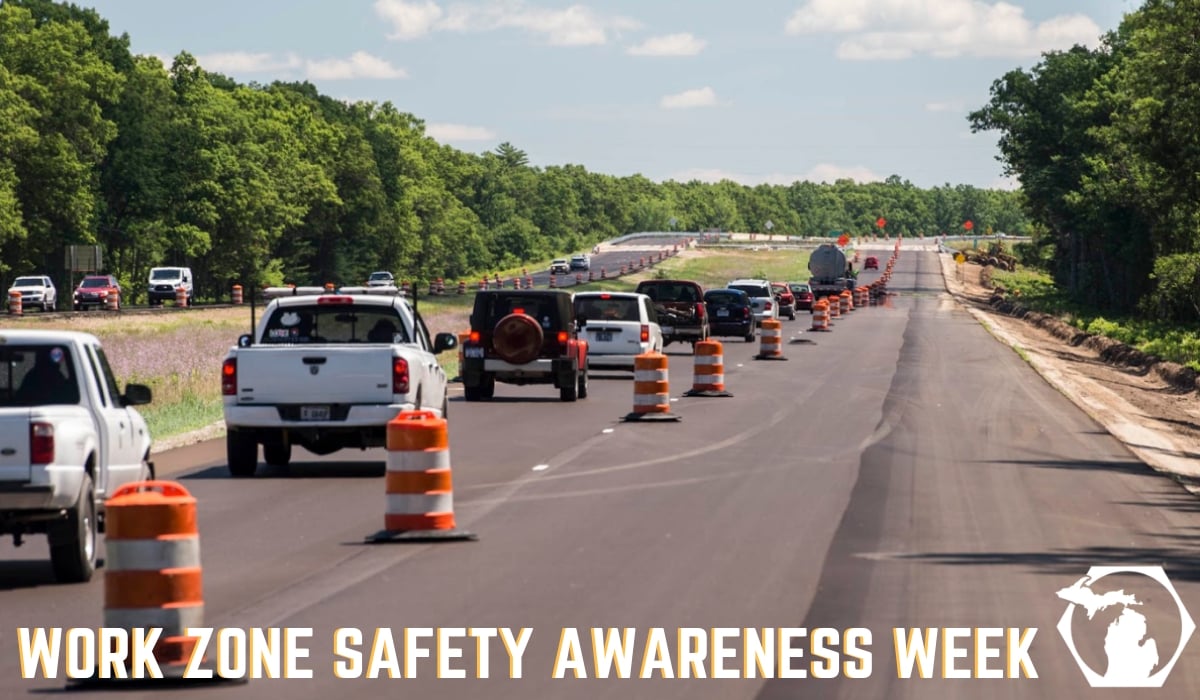 We’ve all heard the joke about Michigan having two seasons, winter and orange barrels, but when the barrels do appear it’s time to get serious about work zone safety. This year, the week of April 8-12, 2019 is the dedicated time to remind us all: Work Zone Safety: Everybody’s Responsibility.

In Michigan, it’s especially smart for the traveling public to observe the laws and check ahead with the Michigan Department of Transportation (MDOT) to find out where construction is taking place. That’s because of Andy’s Law, which first went into effect in 2001 and was toughened in 2008, as follows:

“Andy's Law broadened in 2008 Public Acts 296 and 297 of 2008 impose fines of up to $7,500 in fines and 15 years in jail, for motorists who injure or kill anyone in a road construction work zone. Previously under Andy's Law, similar penalties were applicable if a motorist injured or killed a road (or highway) worker.”

So, with that in mind, let’s all commit to making this construction season Michigan’s safest by:

If everyone does their part, we can all make it home safely at the end of the day.